Imam Shamsi Ali is a renowned Muslim Scholar and a well-known Imam in New York City, USA. Imam Ali serves in numerous organizations such as the Partnership of Faith in NY, Universal Clergy Coalition-International, the Asian Muslim Federation of North America, the Muslim Foundation of America, Inc., the annual Muslim Day Parade in NYC. He was among a few religious leaders who had been invited to accompany President George W. Bush to visit Ground Zero days after September 11th. He is a recipient of the 2008 ICLI Interfaith Award, Ellis Island Medal of Honor Award. In 2006, he was named one of the seven most influential religious leaders in New York City by New York Magazine. Furthermore, in 2009, 2010, 2011, and 2012, Imam Ali was chosen as one of the 500 most influential Muslims in the world by the Royal Islamic Strategic Studies Center in Jordan and Georgetown University. Imam Ali obtained his BA in Tafseer from the International Islamic University Islamabad-Pakistan in 1991 and an MA in comparative Studies of Religions in 1994. He is a frequent speaker at the United Nations forums and a media guest contributor for ABC, PBS, BBC World, CNN, Fox News, National Geographic, and al-Jazeera. Imam Shamsi Ali is a native Indonesian, born and raised in Bulukumba, South Sulawesi. 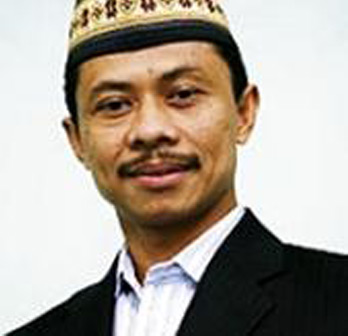